I traveled to Florida in November of 2004 after the devastation of Hurricane’s Charley, Ivan, Francis and Jeanne. My husband who is an entrepreneur Welder ‘aka’ Garton’s Welding was asked to come assist in some of the devastation that had occurred in the Central Florida area causing billions of dollars in damage. I wanted to GO, I have family there and thought, what is this Travel Nursing all about??

I actually got my job through Nurses RX (which is Also owned by AMN), I ‘cold called’ this nearly new facility on my own and got the job at the facility known as  Weusthoff Medical Center in Melbourne, FL. I came from Sturgis, SD and because I was from the Midwest I was told by the Nurse Recruiter, “We know you’ve never traveled before but you Midwesterners have an amazing work ethic, let’s give you a go.” I had worked at Sturgis Regional Hospital for 4 years and was leaving the comforts of amazing staff to embark on what would the beginning of where I’m at today!

I was Terrified! I took the job as an ER nurse only to be told in orientation they would move me to the ICU. WHAT? You have a ‘new’ traveler, who has worked in a small ER (busy) but nothing like what I was literally thrown into.  I was so Nervous, but worked with some amazing people there and stayed at that facility for 26 weeks!

What was supposed to be just-that…a 26 week tour ended up to be 4 years there settling into the most Fabulous job of all time at Cape Canaveral Hospital . That was my “Main Job” but I also did Agency work and did many shifts in Daytona Beach (that hospital has since been renamed and I can’t find it!)  as well as floating via Agency to their “Main Hospital” Holmes Regional Medical Center. So, I danced between Daytona, Cocoa Beach and Melbourne during all of those years. Always a new experience when leaving the comforts of Cape Canaveral but I don’t know, I worked like a crazy person! And I played just as hard.

When we arrived in Cocoa Beach the first place I remember eating at was this little place sitting on the sand with views of the Atlantic Ocean called Taco City. I could Not Believe they could stuff that much cheese into a taco. The shells were fried, lots of lettuce and tomato’s, the ‘norm’ you could say but they were so Fabulous. They don’t have a picture of the 2 beef taco plate on their website that I could never eat alone, but below is the recipe re-make of that menu item, along with an ADD-On modification!

Here’s ALL the Ingredients you will need 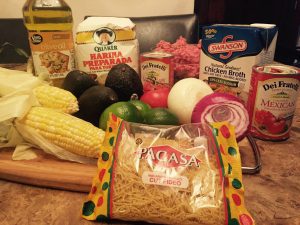 Just buy this brand shown below , all you need to do is add water (per directions), let rise, roll out and brown each side 30 seconds on a cast iron skillet (keep in damp t-towel) until ready for use and then store in Ziploc baggies. SIMPLE! (Work Smarter Not Harder!) Amazing Tortillas! 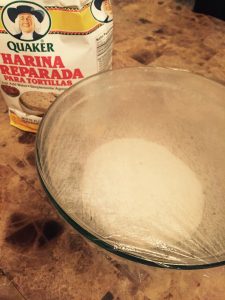 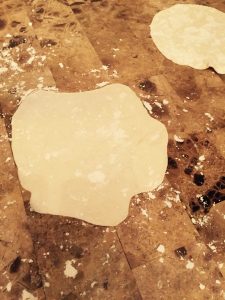 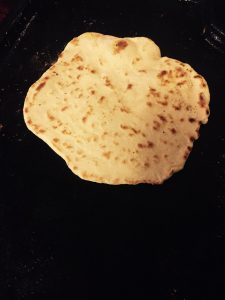 Sea Salt and Pepper to taste 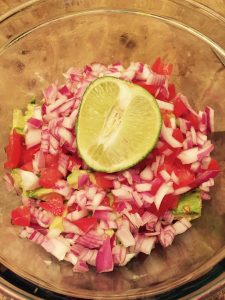 Homemade Vermicelli (NOT part of the Taco City Plate, but I always make this as a side with ALL Mexican Food)

One bag of Fideo (7 oz. Bag) do NOT try to double this recipe, this makes More than a family of 8 could even eat as a side dish 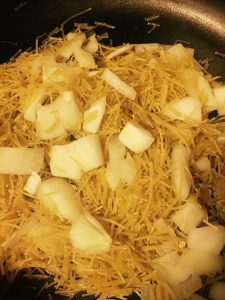 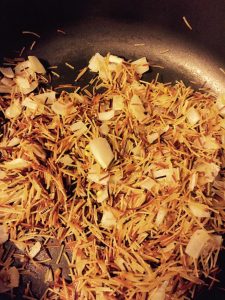 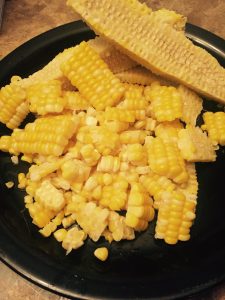 Pour in the rest of the ingredients: Corn, Chicken Stock, Tomato’s  (except the cumin) and Bring to a Boil! Then turn down, Cover and Simmer for 30-45 minutes. When it’s done, Add the Cumin. (I don’t know why I wait to do that, I just do) Then let sit on stove for another 30 minutes with the heat off to thicken before serving! Best side dish in the World. 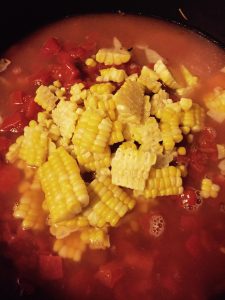 Brown the Hamburger seasoned with only Salt, Pepper and yellow Onion then fill the tortillas.

Return them to the cast iron skillet and brown in olive oil on both sides, using a toothpick to hold the browned hamburger inside the tortilla. 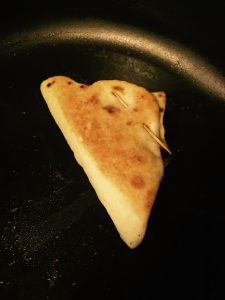 Assemble the plate and top the tacos with shredded lettuce and cheese! 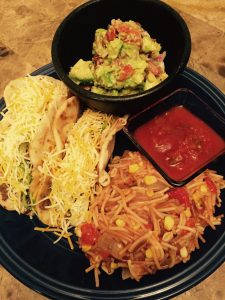 Always make a homemade Salsa and add the homemade guacamole to the side, DONE! I should charge my family for this 🙂 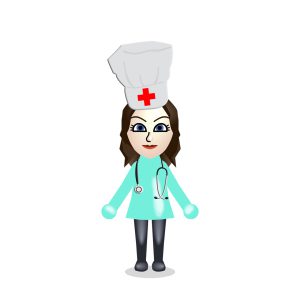